A NEW WARRIOR JOINS THE FIGHT FOR WAKANDA!

OLYMPIC GOLD MEDALIST AND INDIA’S PRIDE NEERAJ CHOPRA UNLEASHES HIS INNER WARRIOR FOR ONE OF THE MOST HIGHLY ANTICIPATED FILM EVENTS OF THE YEAR MARVEL STUDIOS’ – ‘BLACK PANTHER: WAKANDA FOREVER’!

Marvel Studios Super Hero ‘Black Panther not only created an iconic movement worldwide, but also inspired young minds to discover their inner warrior with the power of achieving the impossible. As we wait with bated breath for Black Panther to return for the biggest action adventure of 2022- ‘Black Panther: Wakanda Forever’, a new warrior has joined the epic fight for good versus evil!

Olympic Gold medalist and India’s pride Neeraj Chopra joins the fight for Wakanda to unleash the true essence of being a warrior and fighting for one’s country. Embodying the very spirit of the celebrated Wakandan super hero, Neeraj Chopra’s journey from his humble beginnings to achieving the coveted Olympic Gold has truly been inspiring and nothing short of extraordinary!

A hero to millions all over the world for his dedication and hard work, Neeraj Chopra speaks on how Black Panther has been inspirational for him to associate with: “Black Panther is about a fierce warrior, a hero who is willing to give everything to fight for his people and his country. As an athlete, representing India is our biggest opportunity and we give our best shot and fight till the end. I’m truly overjoyed that I can be a part of this journey and just like Black Panther, I hope to inspire people around the globe to never give up on your dreams. Being a huge Marvel fan, I just cannot wait to watch the film and discover the new journey of Wakanda!” 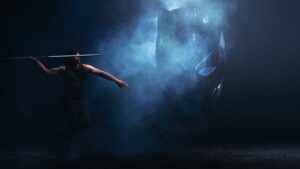 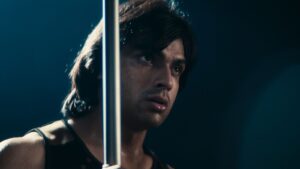 Check out the exciting video below!

In Marvel Studios’ Black Panther: Wakanda Forever – one of the most highly anticipated film events of the year – Queen Ramonda (Angela Bassett), Shuri (Letitia Wright), M’Baku (Winston Duke), Okoye (Danai Gurira) and the Dora Milaje (including Florence Kasumba) fight to protect their nation from intervening world powers in the wake of King T’Challa’s death. As the Wakandans strive to embrace their next chapter, the heroes must band together with the help of War Dog Nakia (Lupita Nyong’o) and Everett Ross (Martin Freeman) and forge a new path for the kingdom of Wakanda. Introducing Tenoch Huerta Mejía as Namor, king of a hidden undersea nation, the film also stars Dominique Thorne, Michaela Coel, Mabel Cadena and Alex Livinalli.