~ Catch the premiere this Friday, December 2nd at 9:30 PM only on Colors Tamil ~ 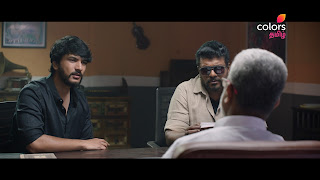 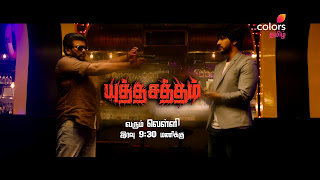 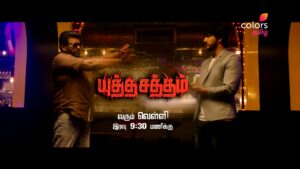 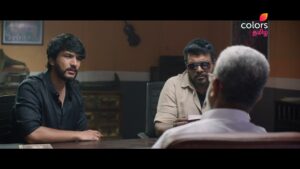 Chennai, 30th November, 2022: Bringing a perfect whodunnit murder mystery, Colors Tamil, Viacom18’s Tamil Entertainment channel is all set to screen the World Television Premiere of Yutha Satham, this Friday, December 2nd at 9:30 pm. Featuring Actor R. Parthiban and Actor Gautham Karthik in the lead roles, the film chronicles the life of a cop and a private detective who come together to solve a homicide. Tune into Colors Tamil, to witness a mystery puzzle on Friday, December 2nd at 9:30 pm, and brace yourselves for a roller-coaster ride.

The film opens to Kathirvelan(Actor R. Parthiban), a cop returning to the force after a personal tragedy who soon comes across a sensational case, when a woman Raghavi(Actor Saipriya) is stabbed multiple times and the murderer flees. She happens to also be Nagulan’s girlfriend. Nagulan (Actor Gautham Karthik), a trained Psychologist and a private detective, who tries to uncover the murderer as he crosses paths with Kathirvelan. Soon Kathirvelan begins to suspect him but Nagulan claims innocence , vowing to bring justice to Raghavi the cat and mouse game begins. Who is the killer? and what mysteries are yet to be uncovered forms the rest of the plot.

Commenting on the World Television Premiere, Director Ezhil said, “ The notion behind the film was to bring a unique concept to showcase how music at a specific decibel can become a potent drug and conceptualize a film revolving around the same. Inspired from the book written by Rajesh Kumar of the same name, we tried our best in doing justice to the narration in the book and borrowed a few concepts from the same. Parthiban and Gautham Karthik have done a marvellous job, besides the other actors in the film and with its World Television Premiere on Colors Tamil, I am happy that such a unique concept will reach a larger audience and families will have a good time watching the same.”

Adding to this, Actor Parthiban said, “It was an exciting experience, especially to perform alongside Gautham Karthik. The concept of the film was indeed very spectacular and is in line with the kind of off-beat scripts I choose, hence Yutha Satham will always be special to me. I am glad that more people will get to watch this thriller and have a fun experience with its television premiere on Colors Tamil.”

Grab a tub of popcorn to witness the World Television Premiere of Yutha Satham, this Friday, December 2nd at 9:30 pm only on Colors Tamil.