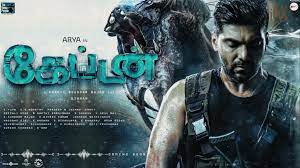 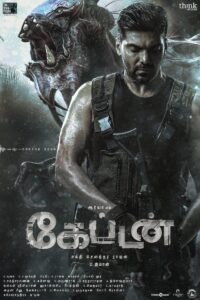 Tamil actor Arya is very familiar to the Telugu audience as well through a few films. He has now come up with a science fiction film titled Captain. The film hit the screens today. Let’s see how it is.

Captain Vijay Kumar (Arya) and his team are on a mission of saving hostages from terrorists. Vijay and his team, soon, are asked to now find out the reason behind the killing of those Army officials and from here, Vijay goes to find out what would have gone wrong.

Just like that first jeep, even Vijay’s jeep gets attacked by an unknown thing he loses his team member Karthik (Harish Uthhaman). After losing his best friend, Vijay takes the mission personally and that’s when things start taking a turn. Keerthi (Simran), a scientist seeks help from Vijay in finding the hidden reason behind the death of the soldiers. What happens next is something you got to watch on the big screen.

Arya fits in really well into the role of a Captain. He is a disciplined and hardworking patriot who can do anything for his country. The audience gets to see a new Arya in a role he hasn’t performed till date. The action sequences are worth appreciating.

Aishwarya Lekshmi plays Arya’s ladylove in this film and she is a heroine for namesake. One song and two montages are all that she has in the flick. Simran has done a good job. Her character has some grey shades too and that’s an asset to her.

There are not many characters in this film but the ones who are been part of it have done their jobs well.

Director Shakti has come up with a good concept for sure just like his previous film Tik Tik Tik. This film could have been a blockbuster if the screenplay was fast and to the point. The concept of showing a creature that is similar to an alien is quite amazing.

The VFX is amazing. These creatures scare you sometimes and the credit goes to the team bringing some great masters to work on it.

The climax is big, and lengthy but to kill a creature that’s 100 feet big, humans also need some special power and equipment. So it is absolutely a nice move to have a lengthy climax.

This film proves that humans, in some or the other way, are a threat to nature and it is only their good side that can protect them.

It is very silly that the small alien creatures are difficult to get killed but the actual mastermind creature behind this hazard takes just one bomb to get killed. The director should have thought a little more about points like this and elevated the power of the creature instead of finishing the film with a small fight in the climax.

Despite a few silly points, this film is worth watching for an adrenaline rush.