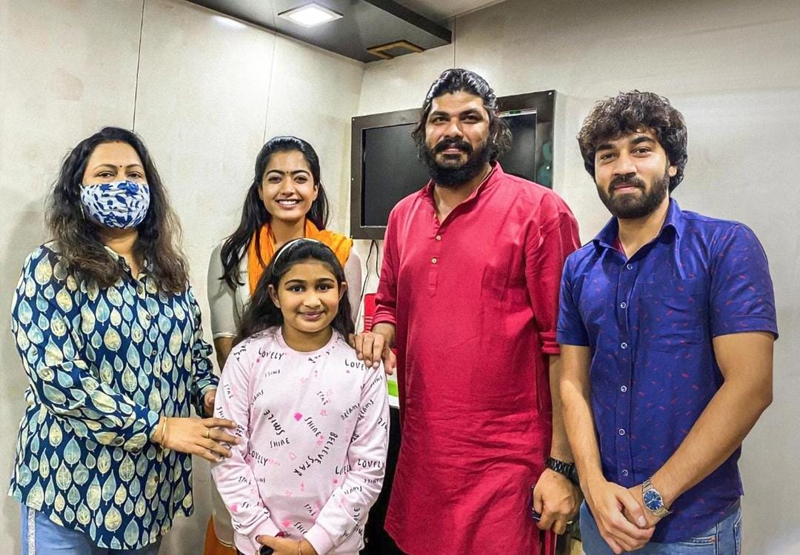 Speaking about the same, Rashmika Mandanna says, “ This melodious Tune ‘Sanje Gajana’ will be loved in all the 3 languages. I’m sure this crazy song turns out as a Chartbuster. The teaser & songs seem very different and raise interest. I wish a grand success of Seethayana, All the Best to the entire Team”

Hero Akshith Shashi Kumar says, “Our Seethayana Tagline Respect Women is so apt and 100% justifies our story. I’m pretty confident that our Seethayana will give a big break for me in all the 3 languages. Also, I’m sure the audience will have a wonderful watchtime experience.”

Director Prabhakar Aaripaka & Producer Lalitha Rajyalakshmi says, “Our 2nd single ‘Sanje Gajana’ launched by Rashmika Mandanna will be a Trendsetter. The breathless songs often attempted by the male singers have been extraordinarily crooned by Shweta Mohan with the beautiful stanzas written by Kaviraj in this song. Trailer will be released by a renowned celebrity soon. As we are close to wrapping up the movie post production works, we are aiming for a grand release of it in 3 languages at the same time”