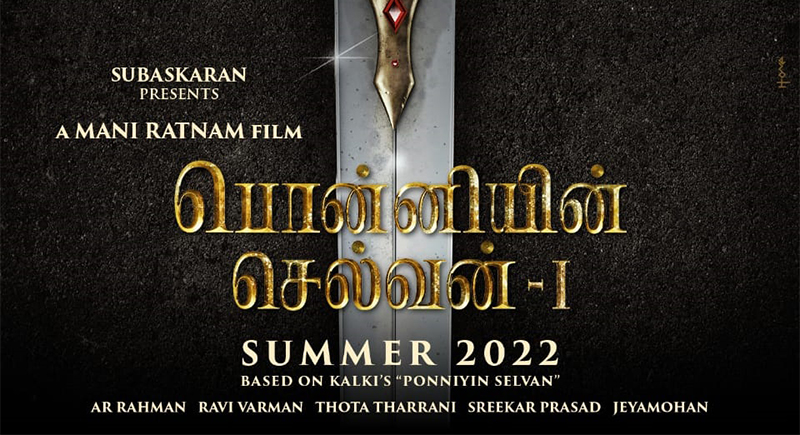 Ponniyin Selvan is a widely-acclaimed novel and celebrated across generations that lured readers. When many failed to cash in on the opportunity of making it into a film, Mani Ratnam took it in his hands. This also made several people resort to novel reading before the completion of the film. “This is a film of a lifetime and can never happen again in any of our careers. We are excited to watch the film,” say the stars who have been a part of the project. The anticipation has been mutual across the world.
“Ponniyin Selvan-1”

will hit the screens in the summer of 2022.
“PONNIYIN SELVAN-1”
Technicians:
Subaskaran Presents