Miral has all the markings of a slasher thriller. The film opens with a superbly staged nightmare its lead wakes up from. Rama (Vani Bhojan), Hari (Bharath) and their young son hit the road in the wee hours, blasting Dhee and Arivu’s ‘Enjoy Enjaami’ in full volume in their car. But a work call stops their joyride — Hari steps out and a masked intruder takes him out with a hit. M Sakthivel uses the car’s rearview mirror to tactfully evoke suspense. But when the same nightmare unfolds as a terrifying reality later on, the makers struggle to make anything out of it.

Rama and Hari are a young couple who might seem like they have everything — a beautiful home, a sensitive son and romance. But not everything is as it seems. Rama, who is riddled with traumatic anxiety and ominous visions, lives a disturbed life. We realise something is deeply wrong in the household when Hari — a picture of an ideal husband — instructs his 10-year-old (Sai) to take care of his mother when he is away. To make things right, the family sets off to Rama’s hometown to make a pilgrimage to their village temple. And on their way back home is where the film actually begins. The car stops. Intruders intrude and the slashing unfolds. But does the strike leave behind any mark? 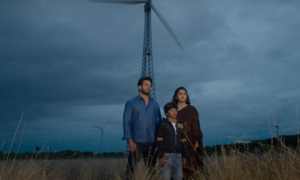 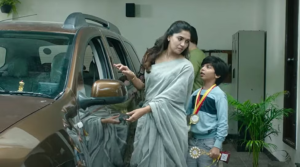 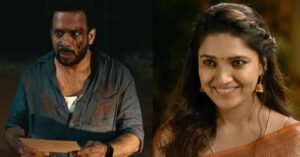 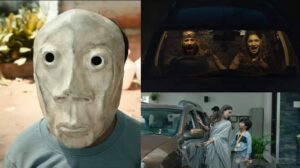 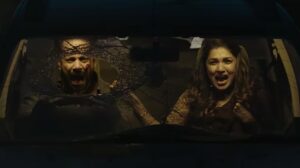 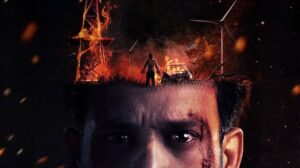 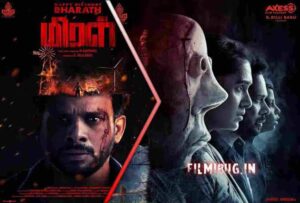 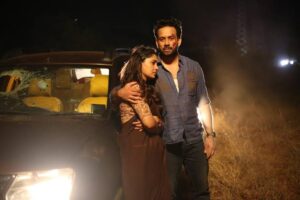 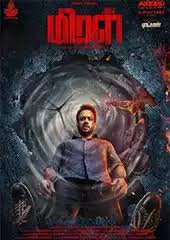 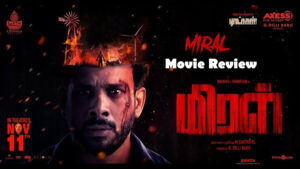 Up until this point, Sakthivel holds the cards close to his chest, careful not to let us in on anything. When they reach Rama’s hometown, we are told that the couple eloped and married outside caste and against blessings. But we never see the couple in love. It is a romance that is already established when we watch their story unfold, just like every other detail. And similarly, when Sai happens upon the same mask that haunts Rama in her nightmares, we aren’t told why. And the dots, in fact, are never connected. While this technique is often an accompaniment with the genre, the excruciating guessing game in Miral comes off as shoddy writing. When Hari (a robust Bharath) lets out a scream asking “Ennada nadakudhu inga (what in the world is happening)” at one point in the film, it hits close to home. And by the time the makers try to switch its genre a few minutes before its ending, we are left exhausted and the reveal ends up having hardly any effect at all.

But to its credit, the film accommodates some striking imagery for all its trappings of a mediocre slasher film. The mirror, pulp horror’s favourite prop, gets a superb sidetrack of its own in Miral. If the reveal had been compelling or admirable enough, this would have met expectations. Additionally, it appeared as though the concept was being stretched in a number of places solely for the duration. Few characters’ spoken delivery seemed a little shaky, and these elements keep us from fully engaging with the movie. The only thing saving the movie are bharath and vani Bhojan’s good performances. The actor who portrays vani Bhojan’s father, KS Ravikumar, keeps us interested right away.

Although Miral is not very technically sound, it only partially meets the needs. Miral terrifies us occasionally but doesn’t pose a threat or keep us on the edge of our seats overall.